Dean of the Faculty of Computer and Information Sciences

The start of our new millennium has ushered society into a stage of major change: namely, in the form of a transition from a manufacturing-centered industrial culture to a knowledge-intensive or “soft” culture that puts more value on intellectual assets. Japan, however, has thus far been unable to play a leading role in this transition, and, in fact, continues to suffer from the effects of a protracted slump in numerous fields. Although a variety of strategies have been put forward as potential solutions to this prolonged state of malaise, implementing those solutions will not be possible unless we have trained human resources for that purpose. Cultivating those resources for the era now unfolding is the mission of our Faculty of Computer and Information Sciences. Although many universities across Japan now have schools or departments with the term “information” at the beginning or end of their formal name, the vast majority are still focused in the conventional subject matter of computer processing and have not as yet fully engaged themselves in the dimensions of information science.

The Faculty of Computer and Information Sciences is striving to cultivate human resources who will be capable of producing new ideas. The field of Information Science has continued to supply the world with a succession of new systems backed by a steady flow of new ideas. Linux, Java, the Internet, the World Wide Web, and other elements of a seemingly endless stream of new products and systems have all been rooted in a series of important concepts, from object-oriented programming and distributed processing to graphic user interfaces (GUIs), just to name a few. Unless it provides a fertile seedbed for the successive germination and cultivation of new ideas and systems of this kind, the Japanese government will not be able to declare itself a champion of modern science and technological endeavor, nor will it be in a position to lead in the development of an information- intensive society. However, given the short lead times from concept to implementation in an information-intensive society, cultivating new ideas and building systems that apply those ideas are often treated as one integrated undertaking. For this reason, it is unrealistic to hope for the debut of new systems without the parallel generation of new ideas. 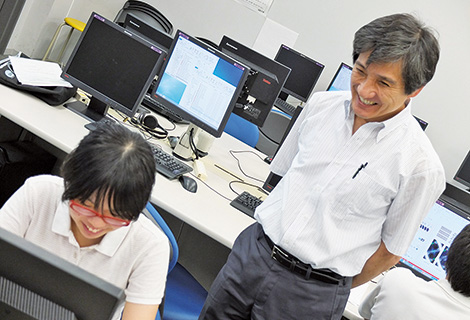 Given that it was established in the year 2000, the School of Computer and Information Sciences does not yet have a very extensive track record of accomplishments. Nonetheless, members of the student body can already be credited for a number of impressive achievements. In February 2001, the School held a Java programming contest for first-year students. Summer of 2001, moreover, saw a team of second-year student volunteers devote their vacation time to the development and installation of proposed system improvements at the Information Laboratory (a facility devoted exclusively to programming education for students in departmental programs). Additionally, working with faculty assistance, many students have built systems of their own design as Information Science projects that they initiated in their first year. In short, the School is already witnessing an array of student-led accomplishments, from Linux system configuration to the creation of virtual companies that harness elements of computer graphics, the World Wide Web, and database engines. 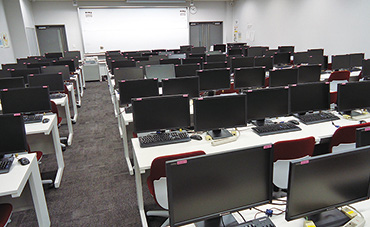 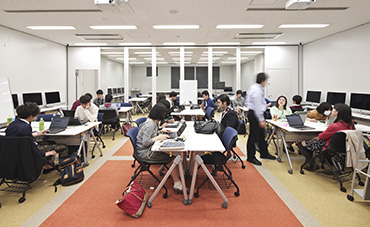 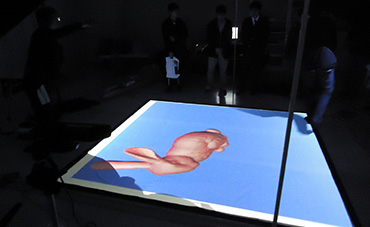 Looking Forward to the Future

Although personal ability is a factor influencing the impressive academic growth demonstrated by students who enter the School of Computer and Information Sciences, individual motives as well as curriculum choices also deserve credit. The curriculum offered by the school of Computer and Information Sciences is based on the Information Science curriculum that has been advocated by the Association for Information Processing and the ACM. After mastering the fundamentals of Information Science, including programming languages (Java, C), operating systems, computer architectures, databases, and software engineering, students who pursue a Computer Science degree will have the opportunity to deepen their knowledge of subjects ranging from artificial intelligence to distributed processing, while those who opt for a Digital Media degree will be afforded an environment to enrich their understanding of subjects in such areas as computer graphics and image processing and recognition. We are confident that the graduates from our programs in information processing will be equipped to assume an instrumental role in tomorrow’s information-intensive society as professional engineers and researchers. It is our hope that society also will give them the support they deserve.